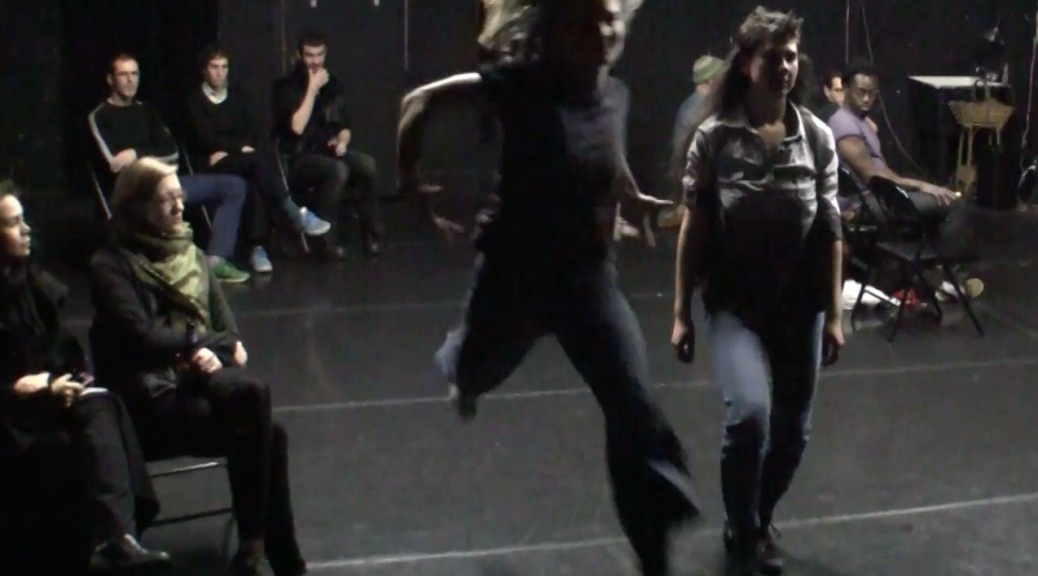 Featuring Abby Crain, Margit Galanter and Meg Wolfe
Swap/Meet #01 brings together the dance worlds of Northern and Southern California, featuring LA’s Meg Wolfe and Bay-Area artists Abby Crain and Margit Galanter. Show Box LA launches its latest initiative at Bootleg, kicking off Swap/Meet with work that demonstrates a commitment to investigative practices and improvisational forms. Abby Crain presents a group work This is nothing new. These are some things we are chewing on, and this time you can watch. Margit Galanter presents her solo, Relay: Living Things Shine On. And Meg Wolfe performs a new solo work, calling it something else for now, created with long-time collaborator, composer Aaron Drake.

In conjunction with these performances, Margit Galanter offers her workshop BEING SCENE at Bootleg on Saturday, August 25, 2012.

Presented with generous support from the City of Los Angeles Department of Cultural Affairs.

• • •
ABOUT THE ARTISTS
ABBY CRAIN is a dancemaker and performer with roots in both the Bay Area and the New York performance worlds. She has presented work in New York, Los Angeles, and San Francisco.  She danced with Miguel Gutierrez and the Powerful People from 2001 to 2009, with David Dorfman Dance from 2001-2003, and has worked extensively with Sara Shelton Mann. She regularly teaches and makes work with Margit Galanter under the moniker ARTWORKOUTS with can be viewed at artworkouts@wordpress.com and is engaged in an ongoing collaboration around movement, language and performance with Bay Area poet, David Buuck.

MARGIT GALANTER’s fascination regarding the construction and value of movement has drawn her to collaborative embodied research for decades. Margit is a movement investigator and dance poet living in Oakland, CA, and she presents and teaches inter/nationally – places like Mills College, Naropa University, city streets, PS122, Movement Research, SOMAFest, and Pieter Performance. Her work is highly influenced through her ongoing artistic research strands and her long-term practice in movements as diverse as Lisa Nelson’s “Tuning” Scores, Steve Paxton’s Material for the Spine, Wild Goose qigong, Amerta Movement (Javanese movement meditation developed by Suprapto Suryodarmo), The Feldenkrais Method, and Open Source Releasing technique. In the Bay Area, she collaborates with Abby Crain through Art Workouts, as well as media artist Kadet. Her practice, Physical Intelligence, encompasses her unique perspective, helping people experience the innate clarity and vitality one can uncover through the potency of movement.
www.margitg.wordpress.com
www.physicalintelligence.org

Noted by the Los Angeles Times as one of the “Faces to Watch in 2012”, MEG WOLFE is a LA-based choreographer/performer, co-editor of itch Dance Journal, and the founder and artistic director of Show Box LA. Her full-evening work, trembler.SHIFTER,  was a 2011 National Performance Network Creation Fund Project, commissioned by REDCAT (Roy and Edna Disney/CalArts Theater).  Her work has been presented on the west coast at REDCAT, Segerstrom Center for the Arts/Off Center Festival, CalArts, Highways Performance Space, Anatomy Riot, Sea and Space Explorations, among others. Her projects have been supported by funding from the National Performance Network Creation Fund, the Center for Cultural Innovation ARC Grant, the Durfee Foundation ARC Grants, Danspace Project Commissioning Initiative, and Meet the Composer Fund; multiple residencies at the Djerassi Resident Artist’s Program; the Hothouse Residency program at UCLA, and others. Based in Los Angeles since 2004, Wolfe’s prior work occurred in NYC in the works of Vicky Shick, Sigal Bergman, Molissa Fenley, Clarinda Mac Low, and Susan Rethorst.
www.megwolfedance.org