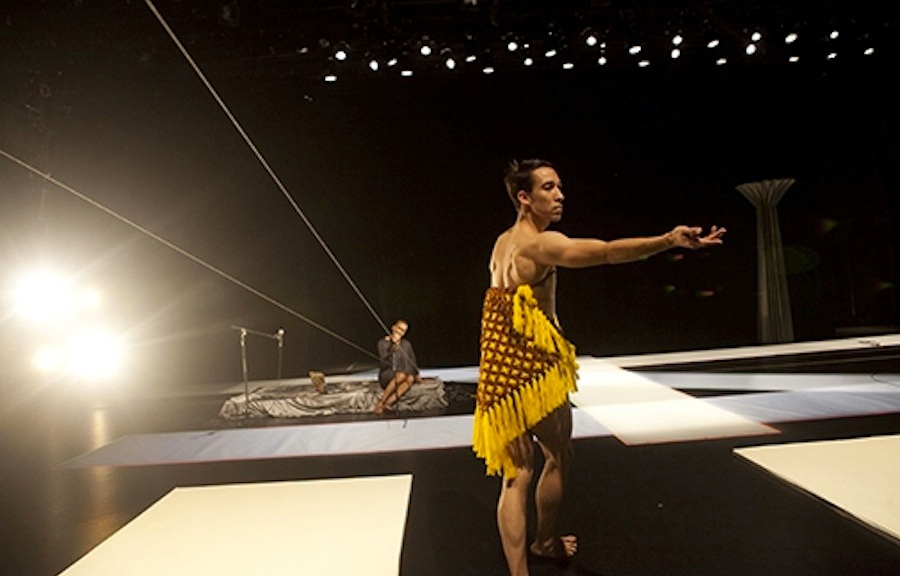 The focus of this class is on the integrity of an active body. This allows individuals to refine their personal aesthetics and expand their own movement possibilities. The classes will start with an emphasis on the body as a sensitive container. Stephen will guide participates to awaken sensorial patterns, to recognize inner and outer influence, fluctuating energy potentials, as well as finding an open and grounded state to work with, a body ready to dance. After this physical investigation the body is ready to examine its role by authoring (vs modeling), sensing (vs searching) and doing (vs interpreting). Using references of form, set material, coordination exercises and improvisational scores, participates will examine the relationship of what we do and how we do it. Through self-observation and dialogue we can redefine and re-direct our habits, skills and play into expanding and broadening our experience as artists.

Presented in conjunction with performances of Antigone Sr./Twenty Looks or Paris is Burning at the Judson Church (L) by Trajal Harrell at REDCAT, April 3–6, 2014.

• • •
ABOUT STEPHEN THOMPSON
Stephen Thompson is a performance artist, choreographer, researcher and pedagogue originally from Calgary, Alberta. His introduction to movement and performing was through competitive figure skating. He received a Bachelor of Kinesiology and Dance from the University of Calgary. Stephen has collaborated with numerous Canadian and European companies and artists including Steeve Paxton, Benoit Lachambre, Dick Wong, Antonija Livingstone and Jennifer Lacey, Fabrice Ramalingom, Public Recordings and Yves-Noel Genod. Recent projects; Trajal Harell’s 2012 Bessie-award winning Antigone Sr./Twenty Looks or Paris is burning at the Judson Church (Large), Fabrice Lambert’s Solaire presented by Theatre De La Ville, Paris and with Liz Santoro in Relative Collider in Artdanthé 2014. Stephen has presented his own work internationally within various contexts including with visual artists Xavier Veilhan, Kendell Geers (No Government No Cry 2011) and Laurent Goldring (Nuit Blanche Paris 2011).

Pictured above: Trajal Harrell & Stephen Thompson in Antigone Sr./Twenty Looks or Paris is Burning at the Judson Church (L) by Trajal Harrell. Photo by Miana Jun.